This post is the second installment in the Iceland Travel Diary, and it is going to be a pretty long post, as there is so much to write about for this day. If you haven’t seen day one, then click on the link to be redirected to the first post, so you can see what we’ve already got up to before this busy day.

We started the day by heading down to breakfast which was included in our hotel stay. Wow, the selection was amazing. I’ll be writing a whole post about our stay at the Radisson Blu Saga soon! Today we’d booked a trip seeing The Golden Circle with Grayline Tours, which everyone says is a must if you go to Iceland. We were then picked up by mini-bus at 9am to take us to the bus station to transfer over to our coach for the day.

If you don’t already know a lot about The Golden Circle, it is a huge sightseeing must if you ever take a trip to Iceland. The Golden Circle is a 300 kilometre (around 186 miles) route to the three most popular natural attractions in Iceland: the Geysir Geothermal Area, Gullfoss Waterfall and Þingvellir National Park. I’m going to take you through the day, stop by stop, and tell you all about each wonderful location.

First and foremost, our tour guide for the day, Darren, was absolutely amazing. He had so much to tell, and so many stories about Iceland, and he just made the day! Now, onto the first stop…

This was the first stop on our Golden Circle tour. This national park is located only 45 minutes drive away from Reykjavik. This national park lies within a rift valley, which marks the crest of the Mid-Atlantic Ridge and the boundary between the North American and Eurasian tectonic plates. To the south of the park, is the largest natural lake in Iceland. We spent around an hour here, walking around the park. The views across the park were just insane, with the lake in view and the waterfall behind us. I can truly understand why in 2004, Þingvellir National Park was designated as a UNESCO World Heritage Site, because it is environmentally and geographically beautiful. Now, onto the next stop…

This was the stop Ashleigh and I was the most excited for. This waterfall is located in the canyon of the Hvita river. I knew it would be impressive, but I was truly taken aback by how dramatic and powerful the fall was, and how huge it was, falling 32 metres down the rocky ravine. There is a viewing platform at the top of the waterfall, and then you can walk down to get a closer view by the side of it. A truly breathtaking moment, was when the rainbow appeared over the waterfall, like I cannot put into words how alluring Gullfoss is.

During the winter season, you cannot get as close to the waterfall as we were able to. A huge tip is to bring a waterproof jacket with you, as be prepared to get absolutely soaked! This was also a reason it was difficult to get photos and therefore the photos don’t do this landmark any justice. The wind blows all the water into your face, so in most of the photos I ended up looking like a bit of a drowned rat!

Before jumping back onto the coach, we popped into the cafe to grab a hot-chocolate to share. Wow, the hot-chocolate in Iceland is something else. I also picked up a souvenir t-shirt in the gift shop whilst I was at it.

The last stop on our tour of the Golden Circle, was the Geysir Geothermal Area. Geysir is a famous hot spring in the geothermal area of Haukadalur Valley, found in south-west Iceland, and these hot springs are located to the east of a mountain called Laungafell (thanks Darren again for all the interesting facts!).

Haukadalur Valley boasts a plethora of hot springs and geysers, including the powerful Strokkur, Smiður, and Litli-Strokkur. Strokkur is seen to be the most famous hot spring in Iceland, shooting jets of boiling water from 65-feet up to 130-feet into the air. There are many opportunities to see the hot-spring erupt, as Strokkur erupts every five to ten minutes, so have your camera ready if you ever get the chance to visit. Check down at the bottom of this post for a little video snippet of the hot-spring eurpting! Except from the awful eggy sulphur smell, I was so mesmerised by the hot-springs, and completely underestimated how much I would enjoy this stop on the tour.

We were dropped back off at our hotel after an incredible day on The Golden Circle Tour. We’d managed to grab a few free tickets from Darren to see a comedy show at the Hard Rock Cafe so quickly popped into our room to freshen up before heading there for food before the show.

This was the first time I’d ever been to a Hard Rock Cafe, but knew I wanted the mac and cheese before I’d even read the menu. It was delicious! After tea, we headed downstairs to the comedy stage to watch the show. Apparently, nothing ever starts on time in Iceland, but after a short wait the comedy commenced. There was a variety of comedians taking the stage, each very different from the other, and one of which was our tour guide Darren from earlier in the day! It was a good evening, full of a lot of laughs and crude jokes. After the busy day we headed back to our hotel, did a little bit of planning for day three then fell straight to sleep.

I honestly cannot recommend visiting The Golden Circle anymore. It deserves the hype it gets because it is truly amazing, and I still wish I was back there now.

Have you visited the Golden Circle?

Have you read my previous post? – Little Miss Sunshine – A Road Musical* 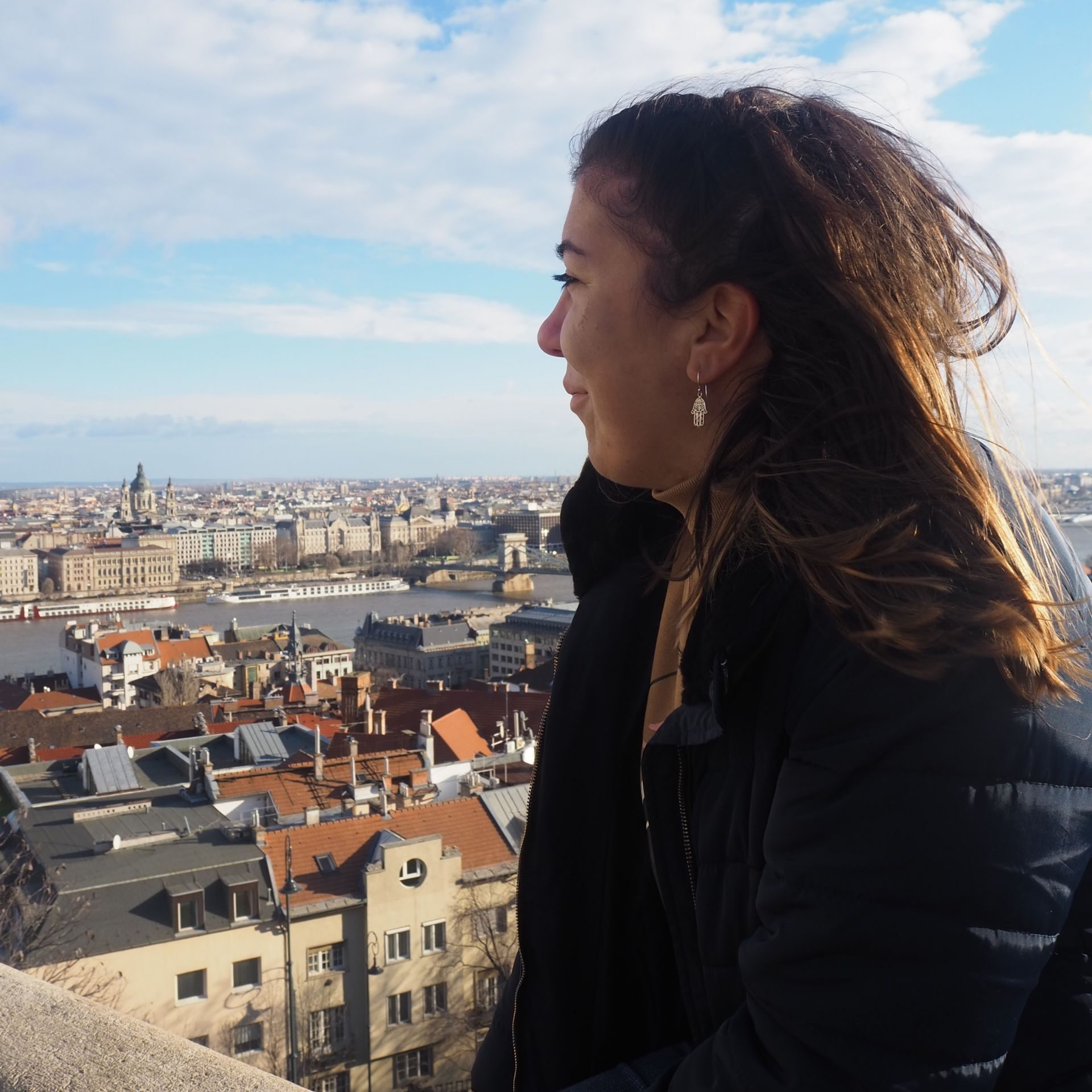 Hey, I'm Natalie. A graduate and blogger, in my twenties. I'm originally from Yorkshire, but currently working overseas in the UAE. My blog mainly branches into anything lifestyle and travel related. But, I also cover various other areas including beauty, UAE life, food, and theatre. Come have a look around.

Yesterday I went for brunch with the girls for Ell

The other day I woke up to a very unexpected text

My first experience in a hammock was a ‘cosy’

Last week we took a day trip to #AbuDhabi, so I’

Surprisingly I missed these views over Christmas -

On Thursday we took a day trip to Abu Dhabi - Shei